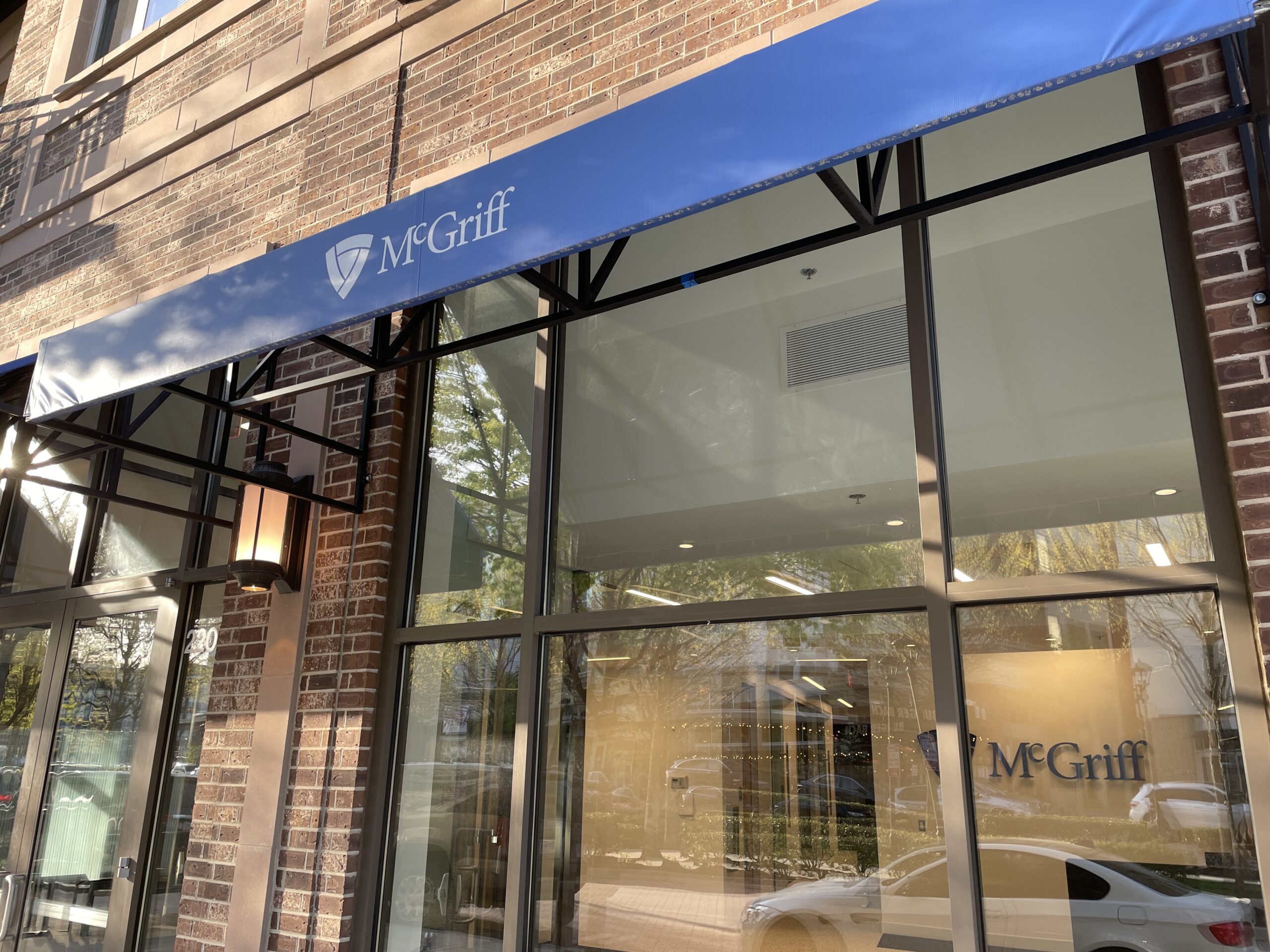 The Whole Foods-anchored development at the eastern edge of Short Pump recently welcomed the arrival of Truist-owned insurance brokerage McGriff as its newest office tenant.

The company this month began settling into its new 7,500-square-foot space at 2200 Old Brick Road, which was previously home to a satellite location of the Children’s Museum of Richmond.

McGriff’s tenure comes as another large office deal is in the works in West Broad Village. Henrico-based real estate firm Capital Square plans to construct a four-story, 65,000-square-foot office building at 1301 Old Brick Road, on what’s currently a grassy plot next to the Aloft Hotel.

For McGriff, the move is a change of location and setup from its old office in the city at 2108 W. Laburnum Ave. in the Interstate Center complex.

“The current office environment has changed dramatically from what our previously location resembled,” Biller said. “Work/life balance is becoming more of a priority for today’s worker, so we wanted to help facilitate that the best we could. We thought West Broad Village hit all those marks.”

With working from home in mind indefinitely, McGriff’s new space is smaller than its previous 12,000-square-foot home on Laburnum and has room for about 35 workstations as well as ample conference areas. Biller said that’s more than enough as employees come and go.

Biller said a goal with the new space is to attract new employees in a competitive labor market.

“The war for talent has never been any tougher than it is now,” he said. “Our hope is that this space will be a differentiator when we are in discussions with new talent to bring them into McGriff.”

McGriff has technically had access to the West Broad Village space since January but was forced to wait for a full move-in due to delays in getting certain equipment, such as computers and furniture.

“We ran into supply chain and labor shortages issues just like the rest of the world,” Biller said. “Initially, we planned to be in the space by Nov. 1, 2021. That got pushed back to January 2022. Various technology items didn’t make it on site until April 2022. Now that they are here, we are excited to welcome back more teammates into the space.”

McGriff dates back to 1886 and the founding of McGriff, Seibels & Williams. It came to Richmond via acquisition several decades ago, when it was part of BB&T’s insurance division. It then became part of Truist through the merger of BB&T and SunTrust.

Company-wide, McGriff has 3,800 employees across 120 offices producing more than $11 billion in premiums annually. It offers commercial and personal insurance lines.

Its other Virginia offices are in Blacksburg, Charlottesville, McLean, Harrisonburg, Roanoke, Staunton, Virginia Beach and Winchester.

Mon Apr 25 , 2022
Business Analyst Job DescriptionWe are looking for a business analyst (BA) to join our dynamic company. The BA will be part of an agile development and operations team and be responsible for the analysis, design and delivery phases in the software development lifecycle. The BA will have experience in interacting […]