KPMG helps ensure its clients’ statements on their environmental, social, and governance work are accurate. Now, a new report from the accounting firm’s US arm points to the challenges it faces in these same areas — everything from diversifying its workforce to reducing its carbon footprint.

So-called ESG reporting has become a big part of how many companies hope to demonstrate to customers, employees, and even shareholders that they care about more than just turning a profit.

The 50-page report shows modest increases in the past three years in the percentage of women and people of color who hold leadership roles at KPMG US. It also outlines the company’s new pledge to achieve net-zero emissions by 2030. To help it get there, KPMG US will levy carbon-emissions fees on its own operations such as air travel as a way of changing workers’ behavior. Funds raised from the fee will go to efforts such as sourcing renewable energy and making lighting upgrades.

The report focuses on the four sustainability pillars defined by the World Economic Forum: people, planet, prosperity, and principles of governance. KPMG US reports that the number of women who hold the rank of manager or higher at the company rose to 40% in 2021 from 38.6% in 2019. Similarly, the percentage of people of color in manager roles or higher grew to 29.4% from 27.8% in 2019.

The report also includes a pledge to invest $125 million over the next five years in organizations that promote equity within underrepresented communities. Hiring from historically Black colleges and universities jumped by 40% in the fiscal year that ended in September, the company reported.

Laura Newinski, the deputy chair and chief operating officer at KPMG US, told Insider the report is significant not just because it lays out goals but also because it illustrates where the company needs to improve. “That transparency about where we are, which isn’t always a perfect picture, is a key part of this journey,” she said.

Climate is one area where the company, which uses renewable energy for its operations, has more work ahead. Figures released in the report show the carbon footprint of KPMG’s US operations rose from 2019 to 2021 despite reductions in some areas relating to office closures and suspended travel during the height of the pandemic. Instead, the increase in carbon emissions is linked to activity outside the company but within its supply chain. KPMG said it will use technology tools to help measure and remove emissions from its operations.

Robert Fisher, KPMG US’s impact leader, who leads the team helping the company’s clients enhance their ESG performance, said it’s essential for KPMG to be able to tell its clients that the company is after many of the same goals. “You can’t do work in the ESG space if you yourself are not on that journey and aren’t credible about what you need to work on,” Fisher said.

Fisher added KPMG US’s own struggles around issues such as employee representation make it easier to help the company’s thousands of clients who might be facing similar hurdles. “You really experience the challenges that they might run into,” he said.

information publicly for the first time. Another firm, Deloitte, has also pledged to reach net-zero emissions by 2030 and has laid out its efforts around diversity, equity, and inclusion. And EY, another big accounting firm, has said it is offsetting more carbon emissions than it produces and has also reported on its diversity efforts.

Thu May 5 , 2022
Listen to the audio story here: SEMO students in the Harrison College of Business and Computing have the opportunity to start their own business while pursuing an education. Principles of Entrepreneurship: ER 361 focuses on helping students generate business ideas, create business investments and understand the role of entrepreneurship in […] 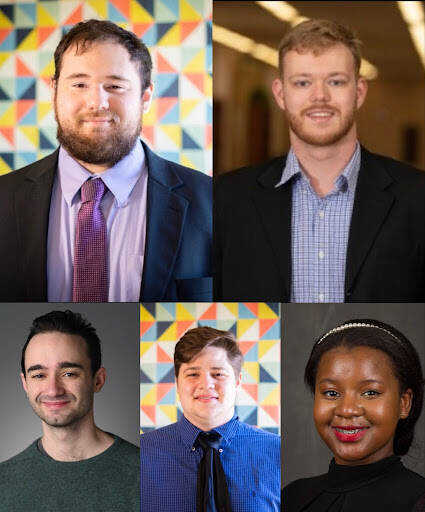