The tornado that ripped through Gaylord last week is expected to cost millions to repair — and, insurance companies warn, some survivors will be lucky to be able to make them in the next few months.

One insurer is estimating a damage payout of up to $10 million to its clients.

Local, state, and federal damage assessments are expected to begin Wednesday morning, and if they meet the criteria for federal help, the state likely will ask for it, according to Michigan State Police officials said.

The governor’s office will decide whether to make the request.

On Tuesday, state officials told the Free Press they had no damage estimates to offer.

The state, officials added, is trying to speed the federal aid request process by inviting Federal Emergency Management Agency to help with the damage assessment, which often is done first by just local and state officials.

Meanwhile, the Otsego Community Foundation — through its Tornado Response Fund — is seeking to raise $500,000 to provide immediate relief to survivors, short-term recovery assistance, and money to help the community rebuild.

If you want to help, the foundation is taking donations.

More:Here was the path of the Gaylord tornado that left two dead, 44 injured

As of Tuesday, more than 500 people had contributed more than $85,000 to the fund. In addition, the Community Financial Credit Union pledged to match every dollar donated up to $30,000, starting on Tuesday.

The Michigan Department of Insurance and Financial Services said it also is “ready to assist the residents of northern Michigan as they begin to recover from the incredible devastation wrought by Friday’s tornado, hailstorm, and power outages.”

The Farm Bureau Insurance of Michigan, which sent a relief vehicle Saturday, warned that demand for services all at once, combined with existing supply chain problems, could lead to backups.

Auto body shops, for example, are “backed up five months because of their inability to get parts,” the insurance company said. As a result, agents are advising that “if your car is drivable, drive it.”

Repairs may take some time.

“This is the time to shine, to knuckle in, and to help out others,” Timothy Martin, Farm Bureau Insurance’s director of property claims, said. “We’ll get through this, and we’ll take care of everybody.”

Farm Bureau Insurance, based in Lansing, said it expects to handle up to 1,200 auto and home claims from the storm and estimated its clients would have auto and home damage of $5 million to $10 million.

The tornado, classified as an EF-3, touched down at 3:35 p.m. Friday, the National Weather Service reported, and in more than 20 minutes, the 150-mph twister cut a 17-mile swath as it downed powerlines and trees, ripped off roofs, and flipped cars.

It also killed 2 women in their 70s in a mobile home park and injured 44 others.

Most of the property damage appeared to be downtown, although farms also are facing storm and hail damage, the insurance company said.

In the state’s letter to FEMA, it said the tornado touched down at 3:38 pm, 10 minutes after a warning was issued, and was on the ground for 26 minutes. Michigan tornadoes are typically on the ground just a couple of minutes.

The last time an EF-3 tornado hit Michigan was in 2012 in Dexter.

A decade later, the southeast Michigan city still bears the scars, with missing trees and rebuilt homes. Damages in that disaster were estimated at about $12 million. No lives were lost.

Farm Bureau Insurance said that in addition to agents, it sent a vehicle to Gaylord loaded with water, snacks and generators to help offer residents relief and also has been “writing checks on the spot.”

And if you have insurance questions and need help with a claim, the state’s insurance department said it is available from 8 a.m. to 5 p.m. Monday through Friday at 877-999-6442.

The Michigan Department of Insurance and Financial Services offers some advice:

Thu Jun 2 , 2022
With the pet industry growing significantly year over year, it’s a great time to start a new pet business. These businesses range from traditional veterinary clinics to unique pet supplies and niche services. Here are some top choices for animal lovers looking to start their own business serving pet owners. […] 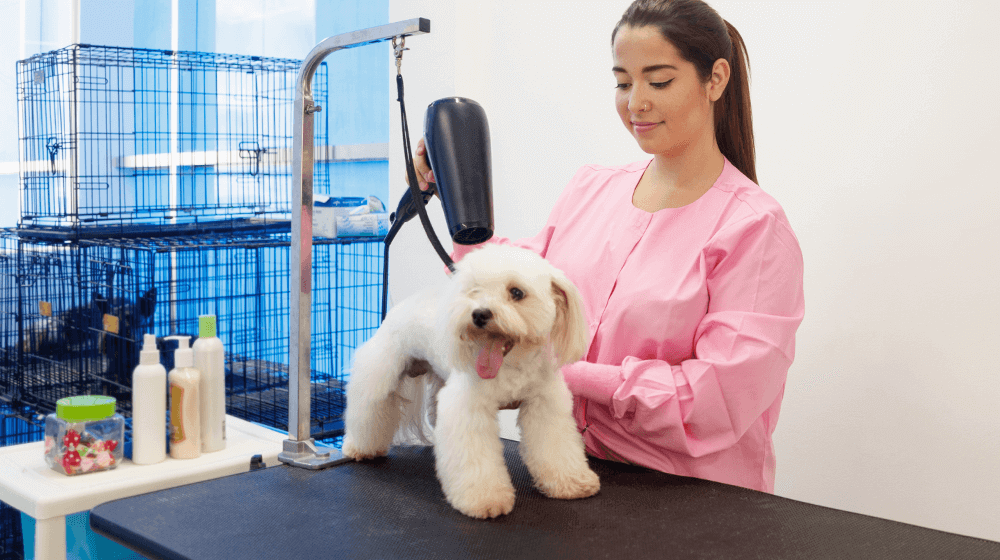