SACRAMENTO, Calif. — Nearly three years after California started fining residents who don’t have health insurance, the state has not distributed any of the revenue it has collected, KHN has learned — money that was intended to help Californians struggling to pay for coverage.

And so far, the majority of Californians paying the tax penalty for not having insurance are low- and middle-income earners, according to state tax officials — just the people the money was intended to help.

State finance officials have estimated that the revenue collected via the penalty in its first three years, from 2020 through 2022, will total about $1.3 billion. Gov. Gavin Newsom argues the state should hold on to the money in case Californians need help paying for health insurance in the future.

Newsom and Democratic lawmakers adopted the state health insurance requirement in 2019, nearly two years after the Republican-controlled Congress eliminated the federal penalty for not having health insurance that had been instituted under the Affordable Care Act. Then-President Donald Trump pushed to scrap it, arguing that the Obamacare provision was “very unfair.“

Newsom argued, however, that a so-called individual mandate would help California achieve universal coverage by requiring everyone to have health insurance, and said the penalty money would be used to help residents purchase plans via Covered California, the state’s Affordable Care Act insurance marketplace.

The penalty revenue was supposed to help fund state-based subsidies for low- and middle-income Californians who purchase coverage through Covered California that Newsom and state lawmakers approved the same year. The state subsidies would supplement the existing federal financial assistance offered under Obamacare.

But covid-19 changed the equation.

To prevent people from losing insurance during the pandemic, the Biden administration and the Democratic-controlled Congress boosted federal subsidies for Americans who buy health insurance through Obamacare exchanges — and which were recently extended under the federal Inflation Reduction Act.

The Newsom administration argued the additional federal assistance was enough to help residents afford coverage, and California stopped providing the state subsidies in May 2021. They had been in place less than two years and had been financed by about $328 million in startup money from the state’s general fund.

But the state continued levying the tax penalty, and the Newsom administration is stockpiling some of the money given fiscal projections that show California is facing an uncertain economic outlook, according to H.D. Palmer, the spokesperson for the state Department of Finance. Tax revenues this year are billions below projections, he said, and the penalty money could be needed when the additional federal financial assistance expires at the end of 2025 — if it’s not extended in the meantime — or if Republicans take control of Congress or the White House and then scrap the enhanced subsidies.

“The recent downturn in state tax revenues highlights the importance of having those funds set aside,” Newsom spokesperson Alex Stack said.

In 2021, Newsom and state legislators transferred $333.4 million of the penalty money into a special fund “for future use for health affordability programs” in Covered California, though that was a one-time move and the money will not be spent anytime soon, Palmer said.

California is among several states that adopted health insurance requirements after the federal penalty was gutted. California assesses its penalty on uninsured residents when they file their annual state income taxes.

For the 2020 tax year, the first year the mandate was in place, California collected about $403 million from uninsured people, with the average per-person penalty amounting to $1,196, according to the state Franchise Tax Board.

The Newsom administration projected that the revenue from the tax penalty would increase in both 2021 and 2022, including to $435 million this year.

Because tax collections take time to process, the exact total raised to date is unclear. But the administration estimates the state will collect about $1.3 billion over the first three years of the mandate. Most of that money will be deposited into the state general fund and can be used for anything the governor and lawmakers choose to spend it on. There is no requirement that any penalty money be spent on health care or financial assistance, Palmer confirmed.

Meanwhile, premiums are rising for many consumers purchasing coverage through Covered California, with an average increase of 5.6% for 2023, according to James Scullary, a spokesperson for the marketplace.

Deductibles and other out-of-pocket costs are also going up for some people, and consumer advocates fear that without greater financial assistance, more Californians will opt out of purchasing coverage — or forgo care altogether.

“We already had concerns about reinstating the penalty on the uninsured because it hits poor people the hardest, and now we’re seeing lower-income people making tough choices about paying for health care or other basic necessities like gas, food, and rent,” said Linda Nguy, a lobbyist with the Western Center on Law and Poverty. “Let’s spend the money we’re collecting to help make it more affordable or eliminate the mandate if we’re not spending it.”

Some Democratic lawmakers, backed by Heath Access and a broad coalition of health advocates, insurers, and small businesses, are pushing Newsom to use the penalty revenue to help uninsured and low-income Californians. They argue that even with the additional federal assistance, people still need help to lower their out-of-pocket costs.

“Small businesses and their employees are struggling to afford health care,” said Bianca Blomquist, California policy director for the Small Business Majority lobbying group. “When the individual mandate was established, the understanding was that even though the money is going to the general fund, it would be spent on affordability assistance in Covered California. That’s a big reason we supported it.”

A bill this year by state Sen. Richard Pan (D-Sacramento), who is leaving office because of term limits, sought to funnel state penalty money into Covered California to reduce out-of-pocket costs for some consumers, including scrapping their deductibles. But Newsom vetoed the bill, arguing that the money could be needed in future years to reinstate the state-based subsidies.

“Having insurance doesn’t mean anything if you can’t afford the deductible, and that’s a huge barrier for people with chronic diseases who have very high health care costs,” Pan said. “People still can’t afford to go to the doctor.”

Republicans joined Democratic lawmakers in expressing frustration. Former state Sen. Jeff Stone, who was a staunch opponent of the state mandate and has since relocated to Nevada, blasted the penalty as “reverse Robin Hood” — taking from the poor and giving to the wealthy.

“Impoverished people are being forced to pay that penalty, and it’s being put right into the general fund for any purpose,” he said. “If the state isn’t spending it like the governor said it would, return it to taxpayers.”

This story can be republished for free (details).

KHN (Kaiser Health News) is a national newsroom that produces in-depth journalism about health issues. Together with Policy Analysis and Polling, KHN is one of the three major operating programs at KFF (Kaiser Family Foundation). KFF is an endowed nonprofit organization providing information on health issues to the nation.

Fri Nov 25 , 2022
Supporting small businesses owned by women is a great way to shop local and support female founded companies this holiday season. Thanksgiving weekend has always felt something like a study in contradictions. We follow up a bountiful meal, where we sometimes eat to excess as a sign of gratitude for […] 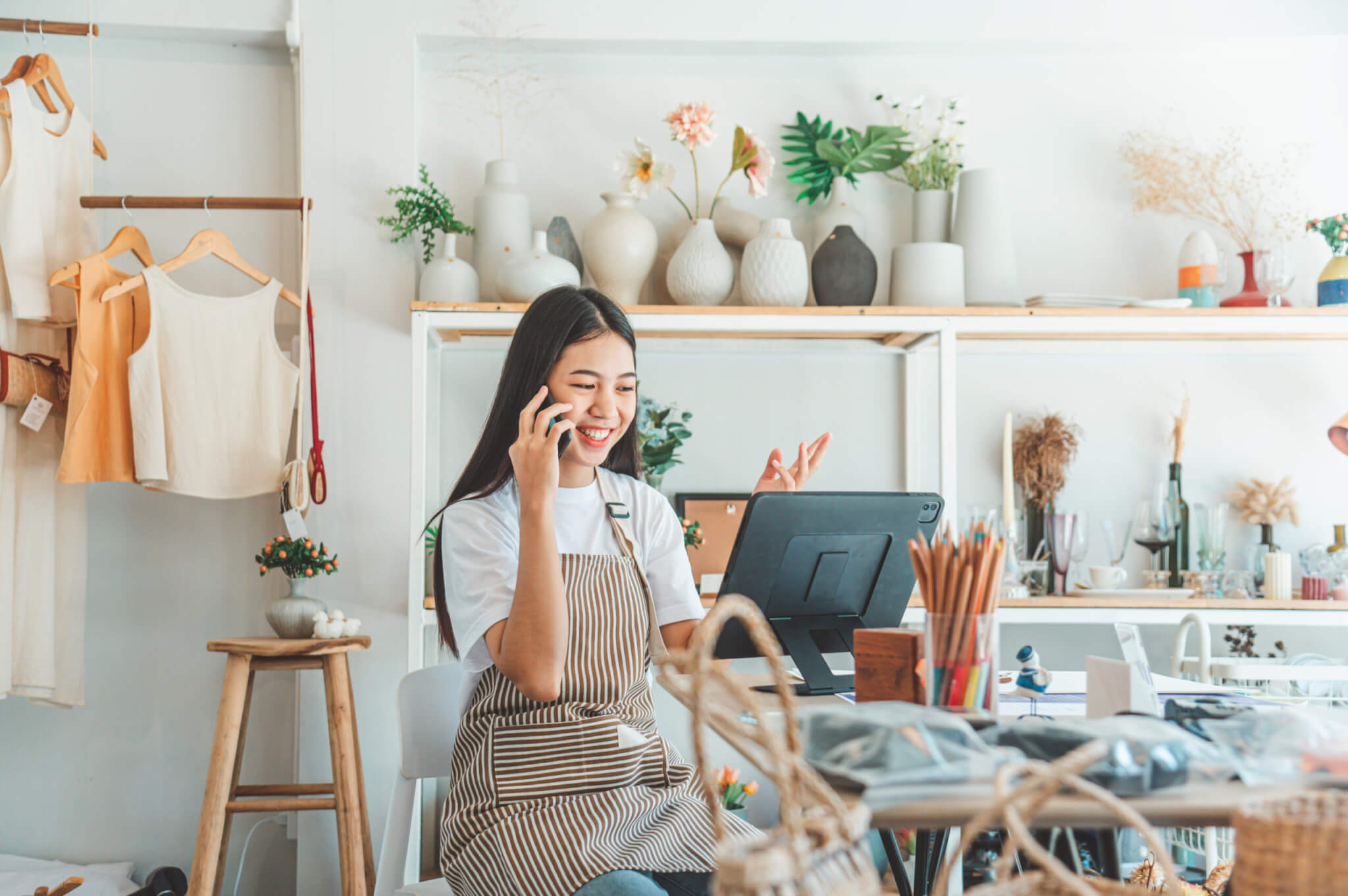